Canadian Government’s Controversial Tax Proposals. Where are we now?

By Peter Weissman FCPA, FCA, TEP who has been tirelessly advocating against the current administrations’ plans to “supertax” small business “passive income” at 73%. (I also wrote my own reaction to the hypocrisy of this proposal on my personal blog).

Concerns regarding Finance Minister Bill Morneau’s controversial July 18, 2017 proposed changes to tax rules for private corporations are still numerous and significant. Ever since the ill conceived proposals were announced, anxiety levels have been high. Some business owners have put growth decisions on hold while others have decided to move or fund growth outside of Canada. While the Prime Minister and Minister Morneau recently announced some retreat from their initial attack the devil will be in the details, none of which have been disclosed. The government’s attack on private businesses has villainized this back bone of our economy, created unnecessary anxiety and created distrust of our government and its motives.

Some of the anxiety and distrust could have been alleviated had Mr Morneau responded in good faith to the flaws and risks of the tax proposals that were identified by businesses and professionals.  Instead, the government further undermined its credibility by the manner in which it chose to respond. Selfishly, the government made business owners wait while responses were announced without details, slowly, over the course of National Small Business Week. The governments choice to prolong business anxiety in order to market its climb down from some of the most controversial tax proposals we have seen in decades was insensitive and indicative of its lack of respect for small businesses.

On October 16, from a Pizzeria north of Toronto, the Minister announced he will simplify the income sprinkling proposals. All he actually did was state that the proposed subjective “reasonability” test will be based on a shareholder’s contribution to the business. Professionals have largely agreed that income sprinkling is an area that can be tightened up but have recommended the use of unambiguous solutions such as precluding income sprinkling to children until they are 25. These quantifiable or “bright line” tests are imperative in order to eliminate uncertainty, allow the CRA to audit efficiently and avoid overwhelming taxpayers and the already overburdened tax court with expensive litigation the use of subjective terms like “meaningful contributions” will create.

Yet the Minister has chosen to proceed with an ambiguous reasonability test.  In his November 1 statement to the Standing Senate Committee on National Finance, the Minister stated that there are reasonability tests in other areas of tax so this is nothing new.  This type of uninformed self-serving statement is infuriating.  The general public might accept such a rational but tax specialists cannot let the Minister get away with this disingenuous comment.  Reasonability tests exists with respect to items like salaries where there are comparables.  There are no comparables to use for private company dividends and no jurisprudence to provide guidance.

The decision to abandon restrictions on the use of the lifetime capital gains exemption was good news but there are many unanswered questions.  Will the exemption be available to inactive shareholders?  Will gains above the exemption amount be re-characterized as high rate dividends, as is currently written in the July 18 proposals?

Missing from the October 16 announcements were any references to the most troublesome components of his income splitting proposals.

On October 18, from Hampton, New Brunswick, the Minister announced he will move ahead with plans to penalize private companies that retain capital with taxes totalling 73% if passive income earned is in a small business. An exemption for the first $50,000 of annual passive income was announced. Even with the arbitrary $50,000 exemption, these proposals are ill-conceived and should be scrapped. The necessity to accumulate capital reserves is undisputed and the ability to accumulate more capital keeps Canada a relatively attractive place to do business. In his testimony before the Standing Senate Committee on National Finance, the Minister acknowledged that the government has not even determined how much revenue the passive income measures will generate nor the economic impact they will have. It is irresponsible and mean spirited for our government to announce such a significant policy without even understanding the pros and cons.

Finally, on October 19, from a farm in Erinsville, Ontario where the only person “out standing in his field” was the farmer, Mr. Morneau said he will not move forward with proposals that would have made transfers of the family business to the next generation taxable at almost double the rate of a sale to a third party. Mr. Morneau, however, made it clear that changes will come. He stated

“In the coming year, the Government will continue its outreach to farmers, fishers, and other business owners to develop proposals to better accommodate intergenerational transfers of businesses while protecting the fairness of the tax system”.

Protecting the fairness of the tax system is our government’s code for “increasing taxes on small businesses”.

Finally, no proposed legislation for the revised rules has been released but they will be effective on January 1, 2018. Further showing his contempt for small businesses, the Minister Morneau has stated that, despite the effective date of January 1, draft rules will not be released until mid to late January and won’t be tabled for approval until the spring 2018 budget.

Think about this. The government is forcing punitive tax measures on small businesses but won’t tell us the details until well after the clock starts. Why is there such a rush? This ominous uncertainty is unhealthy for our economy, has paralyzed businesses, and is unnecessary and irresponsible.

Private businesses are the most vulnerable to tax changes and can least afford what is being forced on them. Yet the government continues to tell Canadians it is only making our tax system “fairer”. Perhaps the Prime Minister and Mr. Morneau have been sampling edibles that will become legal in January.

The Minister, the Prime Minister and all Liberal MP’s should not misjudge the apparent silence from the small business community as approval for the state of these tax proposals. Our message hasn’t changed. The proposals, even in their apparent current form, are not acceptable. Prior to the October announcements the proposals could have been salvaged with appropriate modifications.  The government ignored the feedback it received and has made the remaining rules even worse.  At this point, the only responsible approach is for the proposals to be totally abandoned in favour of a fresh start, with proper collaboration.

Once again, I urge the government to slow down and get this right. Don’t mistake the business and tax communities’ silence as approval. We have not gone away.  We’re just resting. 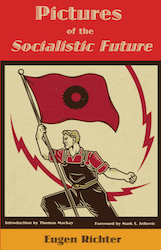