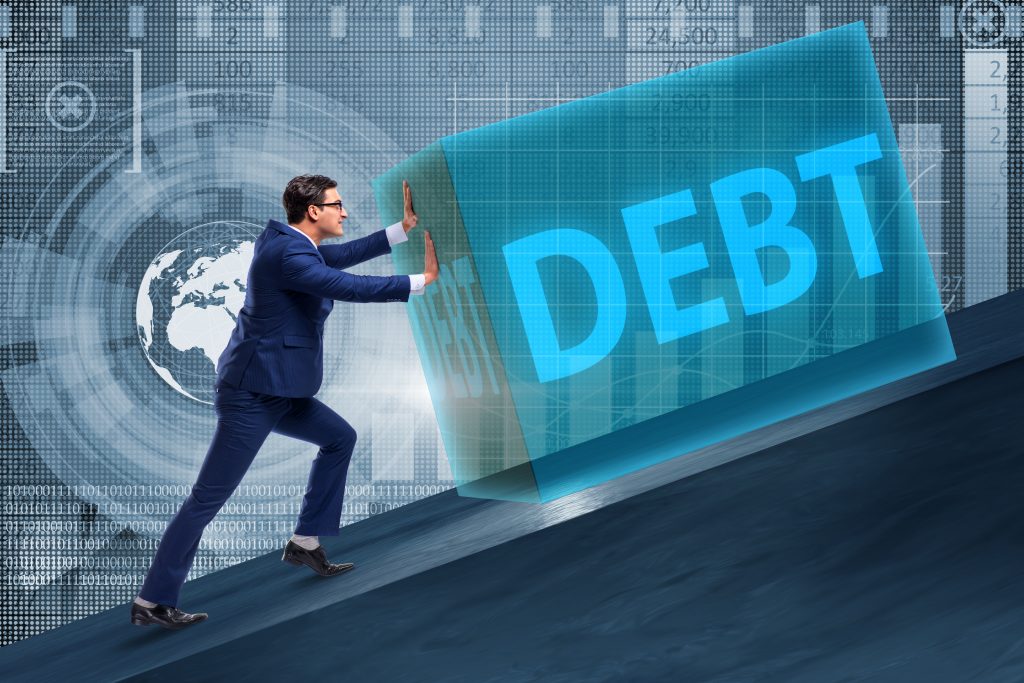 “Any corporation, private or governmental, that wishes to provide for a sound and equitable continuity of its business must take steps towards the systematic retirement of debt immediately after it has been incurred. Postponement of all payment for property or privileges by those who presently enjoy their benefits is calculated to bring uncomfortable consequences to them or those who succeed them.”

Normally when we think about “the two kinds of debt” we think productive versus unproductive debt. Exemplified in the Richard Kiyosaki “Rich Dad / Poor Dad” series, we learn that productive is that which you incur and then use in a way that will help pay itself off.

Examples include vendor or bank financing for buying a business that you would then pay back with the earnings from said acquisition, something I’ve done a couple times over my career; or taking out a mortgage to buy an investment property. From there  you would use the rent to pay off  the mortgage.

I emphasize paying off the mortgage here as opposed to simply servicing the debt with minimum payments or interest only, and we’ll see why shortly. Contrast this with unproductive debt, which is borrowing money to go on vacation or buy consumer goods, or do anything else with it that leaves you with the bill afterward. As Kiyosoki frequently stresses, it’s the difference between debt that makes you money vs debt that costs  you money.

Now, what is the difference between borrowing from the future and stealing from the future? Debt is aptly described as pulling future demand or future productivity into the present. Government entitlement programs and ballooning deficits do this with abandon. So do companies, like the high flying Netflix which is a FAANG favorite but is carrying about $10 billion in bonds on the books, having recently issued another $2 billion in junk bonds just to fund their content development for the next six months.

It’s this: is there a realistic plan that this debt will be paid off in the future? Or is the plan to simply roll it over, in perpetuity?

We know Big Governments the world over have incurred debt that cannot, ever, be paid off. Maybe they’ll be liquidated via default, or hyper-inflated away, but that’s not the same as paying them down. I call that stealing from the future. If there is actually a plan to pay the debt down, then that’s a borrowing from the future.

The two sides are Why vs How. Why are you borrowing money? vs How will you structure it, as borrowings or theft against the future?

The examples in each quadrant are just that, examples. Will Netflix ever pay down those bonds? Maybe the CFO thinks they will, someday. Or maybe they plan to just keep rolling it, in which case it should be over with share buybacks in the bottom-right quadrant.

The more I thought of it, the more I couldn’t come up with a legitimate use case that would put productive debt into the stealing (perpetual debt) quadrant. All justifications aside, it will wind up in the unproductive quadrant because time is the enemy of debt, at any price.

But wait, what? Share buybacks are unproductive? Most of the time, yes. Especially lately, when companies are borrowing money at artificially low interest rates to buyback their shares trading near all-time highs. As I observed in The Transition Overview, “the value investor in me finds that kind of stupid”.

The poster child for all this lately is GE, who spent $40 billion on stock buybacks between 2015 through 2017 on shares that have declined in value 75% since. The company is now has a tangible net worth at negative $48 Billion. My mom’s pension is with GE, as my dad worked on the shop floor there for 30 years.

I remember assuring her a few years back that no matter how badly GE messed themselves up, there was no chance they would bankrupt themselves …along with their pension liabilities, in her lifetime. She was around 86 at the time and it’s now looking like she’s the one who’s going to outlive General Electric.

After the last financial crisis I came across a web hosting company that had attempted to grow via leveraged acquisitions, borrowing more and more money to buy up ostensibly “accretive” companies but when everything blew up, they were offside on all of their covenants and couldn’t possibly repay the debt. I wound up in talks to acquire them from a hedge fund who had somehow inherited the debt and with it the entire company after some sort of Bear Sterns style shotgun wedding with another hedge fund in order to survive.

They showed me the CEOs plan to fix the situation should the hedge fund (or me, if I bought the company) accept his proposal to restructure the debt.

The plan was to take out another loan to do some more acquisitions!

I took one look at that and said “no thanks”. A few years later I bought some other business as part of a carve-out. I financed that with a vendor take-back and paid down the loan in full a year later. That unit has produced a minimum of 100% of the total purchase price in earnings every year since. That would be a Quadrant A style investment.

More recently, today in fact, which is what got me thinking about all this, I just walked away from a deal I’d been working on for a little over a year. It involved taking a significant ownership stake in a very small publicly traded company (I never accrued more than 1% of the equity, had I gone through with it I would have been a full-on insider with 12.77%). Anyway – same story. They had levered up a few years ago to do an acquisition. This was also Quad A investment – productive and they planned to pay off the debt in 3 years. Only the market conditions changed. Now they can’t pay off the debt and they had to dilute all the shareholders by half to restructure the debt last year. That’s the problem with debt, even when you plan to pay it off, if you’re too levered, it can still kill you.

With the latest, even relatively benign, rise in interest rates, all sorts of these fissures have begun to appear throughout the system.

So now the bills come due. I’ve said it before, when these kinds of shifts happen or cycles turn, it’s the debt load that separates the survivors from the statistics.