Wait, why is The Fed buying my biggest competitors’ bonds?

On Cantillionaires, Sycophants and Losers 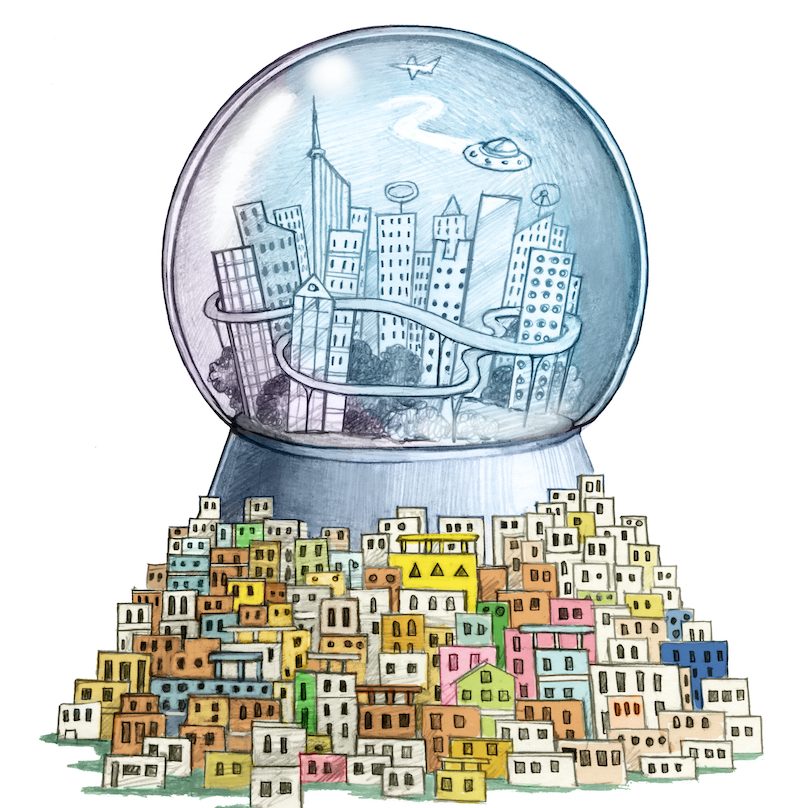 “It is well enough that people of the nation do not understand our banking and monetary system, for if they did, I believe there would be a revolution before tomorrow morning”

— Vincent LoCascio, Special Privilege: How the Monetary Elite Benefit at Your Expense

Over several previous blog incarnations I’ve been writing about a couple of core themes. When I started writing about artificially low interest rates and the bad outcomes they would produce, I didn’t even know the economic terms for some of the things I was writing about.

But I knew keeping interest rates artificially low, or even negative would act like a type of event horizon that would be impossible to normalize from. I knew keeping interest rates too low for too long would force fiduciaries and capital allocators out the risk curve in search of yield, and that the most vulnerable among us, such as senior citizens, were the least able to absorb the inevitable drawdowns that would entail.

I also realized early on that hot money and credit expansion would spur an explosion of money losing unicorns, who would suck up all the oxygen in all the markets cannibalizing entire markets at a loss in order to get that Series E or F up-round. That one became apparent to me when I started seeing billboards for one of my largest competitors every 1/4 mile across the entire city of Toronto on my daily commute, and every other place else I ever travelled to in North America. I knew that they were losing about $300,000,000 a year at the time. They also had some pretty kick-ass Super Bowl commercials. 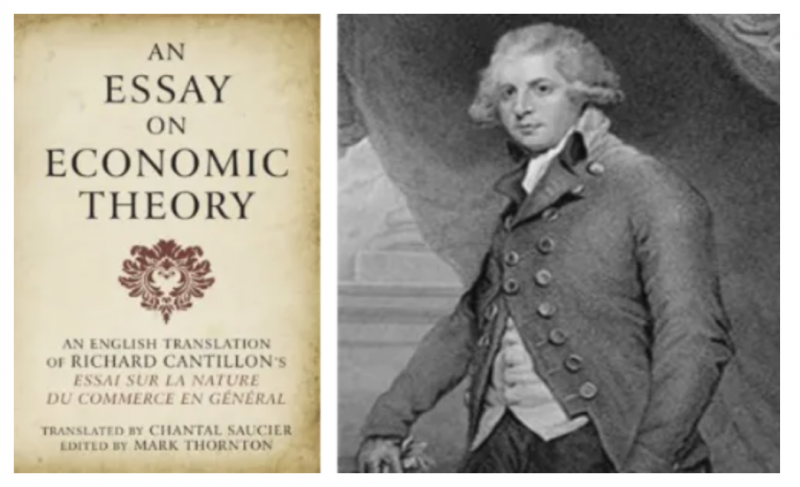 I only learned about Richard Cantillon and his early economic treatise a couple years ago and since then I’ve never been able to shut up about The Cantillon Effect, which is what all this describes and what I think is the single most divisive, corrupting and toxic dynamic shaping our world today.

Max Keiser recently coined the phrase “Cantillionaires”, and that’s an accurate demarcation line between the elites and everybody else. It isn’t “the 1%”, it isn’t white privilege, it isn’t capitalism or managers vs labour.

This helps the trend of ‘taking America private’ in a multi-trillion LBO by a few PE firms.

Before neo-feudalism can begin, the S&P must be delisted and controlled by a few cantillionaires.

Cloaking these PE firms in darkness will speed up the process of neo-feudalism https://t.co/xaIDsUQF4Y

When the Fed, or the ECB or the JCB or any other central bank prints money out of thin air, and then deploys that “liquidity” into the market, are you, or the firm you work for, among the first, second or third order recipients of that fresh injection of money? If so, then you’re a Cantillionaire.

And the rest of us? We’re losers. Remember this old Hugh McLeod ditty? It was priceless…. 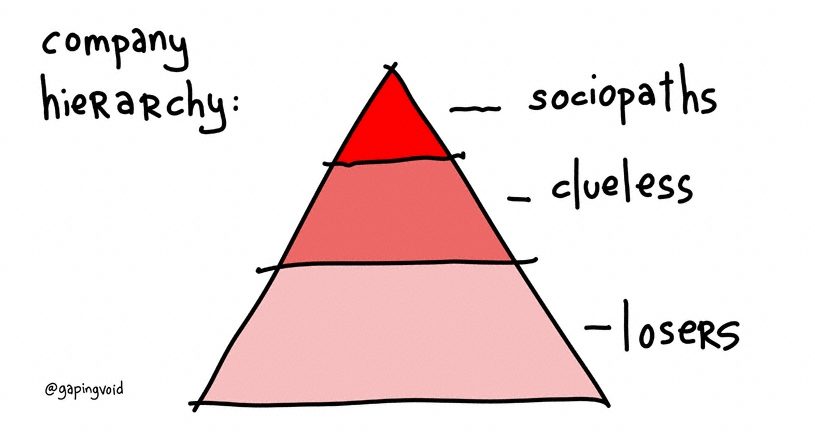 Let me correct it to depict the capital structure of the world. 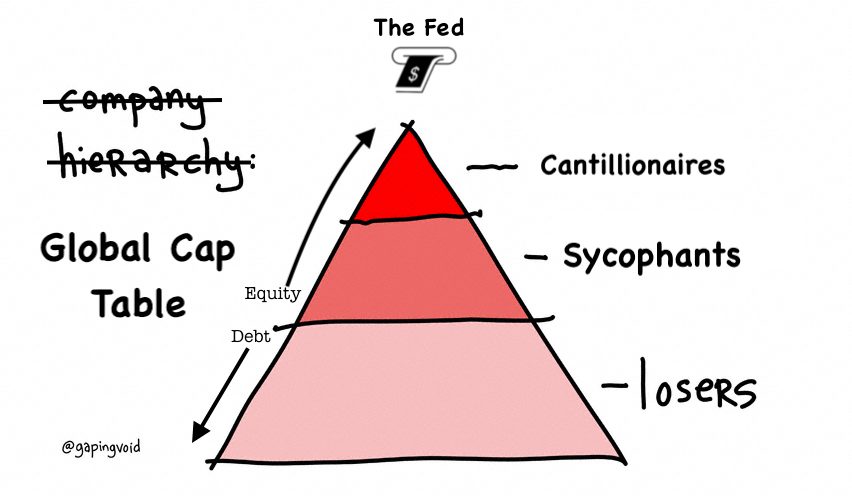 An odd kind of reverse alchemy occurs as the newly created “money” flows downward toward the masses.

At the top we have the capstone class, the Cantillionaires, the superrich politicians and the Uber-rich financiers and conglomerators.

After this is the “The Sycophant Class”. In this layer are the spin doctors and support apparatus of the überclass of the Cantillionaires. In his book “The Coming Neo-Feudalism”, Joel Kotkin called them The Clerisy and described them as “the New Legitimizers”. Their job it is to hone the narratives that rationalize why this cap table makes sense for the losers below, as well run the actual infrastructure that perpetuates it.

The nature of the change is this: After it gets a few iterations out from the money spigot at the top, it stops boosting asset prices and starts raising the cost of living. At the top end of the funnel it makes everybody in proximity wealthier, and then down at ass end of the funnel, where the rabble resides, it makes it more expensive to stay alive.

That’s The Cantillon Effect and I’ve been searching for ways to explain it so more people would understand it for quite some time now. But lately, I came across a pretty stark manifestation of it that should, I hope, finally make this clear.

The epiphany occurred as I was reviewing the Federal Reserve disclosures listing the recipients of the SCCMF Program. The SCCMF is the Secondary Market Corporate Credit Facility to buy up corporate bonds in an effort to shore up the credit markets:

“The Federal Reserve established the Secondary Market Corporate Credit Facility (SMCCF) on March 23, 2020, to support credit to employers by providing liquidity to the market for outstanding corporate bonds.”

It later expanded the program to add junk bonds.

The SMCCF is supposed to be some mechanism to preserve jobs in the wake of the economic meltdown, but when you look at the companies whose bonds are being purchased, they don’t exactly look like they were in danger of going under throughout the course of 2020:

All companies that are worth billions, Billions. With “B”s.  You can see a full list is here.

Then what really got me was seeing Amazon, a company worth over One Trillion Dollars, a company whose business is up so much over 2020 that they had to hire 100,000 more people to keep up with demand, and the Fed is out there using a program justified as a job saver by buying Amazon bonds was wrong, it’s narrower spreads – mjr) under the SMCCF?

The thing about Amazon that hit home for me, is that among other things, Amazon is also a domain registrar, and Amazon is a DNS provider, which means that Amazon is a direct competitor to my own business, easyDNS.

So not only am I competing, head-to-head, with literally the world’s biggest company, the Fed has to put their thumb on the scale by buying their fucking bonds?

But wait, there’s still more, as I perused the list I found other companies I have to compete with, directly, head to head:

And from the June 29th disclosure I saw that the Fed was buying Google’s bonds, and Google is also in the DNS and domain registration business, yet another head-to-head competitor.

It’s tough enough running a small business when you have to compete with an 800 lb gorilla in your space. Especially when there’s a half dozen of them now and since everybody else who has to compete with these companies (not a single one with a market cap under 100 billion dollars) doesn’t get propped up by a central bank, printing up money out of thin air, it puts all other companies at a clear competitive disadvantage.

Isn’t this a little bit like picking winners and losers?

In the US, any PPP loan over 25K is full recourse, and anything over 200K requires a personal guarantee. It’s similar up here in Canada. It means the business owner has to collateralize the loans, most often with his or her principal residence, and they have to be able to demonstrate that their business has been materially impacted by the pandemic.

I doubt Jeff Bezos has to personally guarantee those Amazon bonds, and if the Fed had a similar requirement to demonstrate business impairment to qualify I don’t know how Amazon would be able to make that claim with a straight face having just hired those 100,000 additional workers just to keep up with increased demand.

This is another example of that inverse alchemy we see as the new money trickles down the Global Cap Table:

At the top, it props up non-recourse bond issues and buoys the corporations who issue them. And when those bonds come due they can probably just do what every corporate behemoth does and roll them over.

At the bottom, the small business owner has to pledge his house and his personal assets as collateral and then those loan payments get added straight onto the monthly nut.

Referring back to the Global Cap Table, above The Loser Line megacorps can externalize their bad outcomes and in many cases, literally lose money for a living. Everybody up there makes their money on financial events

If all this wasn’t bad enough, everybody knows where this is headed next, once this economic depression asserts itself over the current blow-off top in stocks: eventually the Fed will probably step into the equities markets and prop those up too. So not only is the Fed buying my largest direct competitors bonds now, down the road they’ll be buying up their shares. 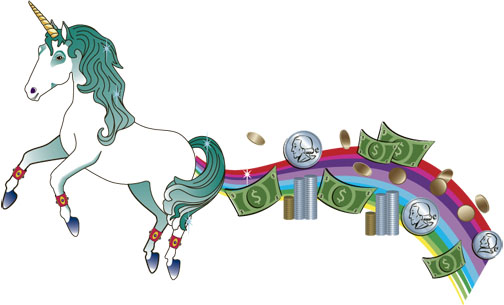 …with money they pulled out of their ass.

Does it make a mockery so-called free markets when the smallest businesses have to deal with the vagaries competition while the largest ones get propped up with the full faith and credit of the central banks?

This isn’t capitalism. I used to call it “crapitalism” or you sometimes hear it called “crony capitalism”, but extending Max Keisers’ label of “Cantillionaires”, I finally know what this is and what to call it. What we have here folks, is your good ole fashioned, centrally planned Cantillionism.