By David Goodale of Merchant-Accounts.ca

Don’t Lose Your Customers on the Goal Line

A declined transaction is quite possibly the worst reason to lose a sale. All that’s left is to take the money. This should be the easiest part, and it’s important to do, because the cost of acquisition of for new customers is a consideration for every online business. In short, customers don’t usually fall out of the sky. Getting them to your website is hard, educating them about your product or service is harder still, and helping them through the sales funnel will determine whether your business succeeds or fails.

Considering the amount of work going into the sales process, it’s extremely painful to lose it on the goal line because of a hiccup while collecting a payment. It’s a terrible reason to lose a sale. That same potential customer can easily bounce away, and unless they are particularly keen on your product, they might not come back.

Why Do Declines Occur?

In order to understand this, you must first consider the situation from the perspective of the card issuer, who will have controls in place to prevent fraud and protect the cardholder. These controls are there not to frustrate legitimate purchases, but to stop illegitimate transaction attempts. With this in mind, we can consider the criteria that the issuer may be evaluating to determine if the transaction is legitimate or not.

It’s important to point out that no issuer will release the details of their anti-fraud algorithm, because this would empower hackers and nefarious users to attempt to circumvent the safeguards. However, we can make reasonable assumptions which we’ll explore in further detail below:

Merchants do have a degree of control over whether transactions are approved or declined. In general, the advice is equally simple and effective: make sure you are sending the best data possible along with each transaction request.

This means insuring that you are passing the maximum amount of data about the transaction. You should be including the cardholder name, a full billing address (street, city, postal code, country), and also CVV information, which is the 3-digit security code on the back of the card.

We recently had a Canadian merchant that sold contact lenses, primarily to US customers. They had updated their website and the developer made a small mistake that caused the postal code (only the postal code) to be omitted when transactions were being submitted. This immediately caused a 9% increase in declined transactions. At first, they couldn’t understand what was causing it. This goes to show how one missing field can make a big difference in how the issuer banks feel about the quality, or integrity, of the transaction request. In short, put your best foot forward!

There is also a second consideration to be made if you are selling across borders. If you sell to customers located in another country, you may wish to establish a domestic merchant account in another region. It’s beyond the intended scope of this article to dig too much into acquiring regions, but in summary when transactions cross a border you will see a higher incidence of declined transactions.

What to do when a transaction is declined.

Most payment processors will provide a return code each time a transaction is processed. Those return codes are not always helpful. If an issuing bank is declining a transaction because they suspect that it may be fraudulent, they will sometimes not include a verbose or descriptive reason for the decline. (Otherwise the fraudster could modify their request in an effort to trick the system).

Other times you will have a clear reason for why the transaction was declined. However, in general, if the decline was not on the processor side of the fence (for example, exceeding a maximum transaction limit cap from your card issuer), then you know the problem is not being caused on your side of the fence.

In any situation where the decline is not specifically caused by the credit card processor, you should contact the customer in an attempt to recapture the sale. It goes beyond the intended scope of this discussion to dig too far into this topic, but it’s an excellent idea to have a business process in place to reach out and contact customers whose transactions were declined.

This can be done via email, or by phone. To a degree this will depend on the type of products and services that your business offers. Ultimately though, you need to encourage them to contact their card issuer and ask these questions:

Once the cardholder makes that request, if they re-attempt the transaction it should go through and you will have recaptured the sale. This is very important, but especially so for high-ticket type businesses where your cost of customer acquisition is high. You worked too hard to bring that customer to your website – don’t let them escape!

Merchants often fail to understand why credit card transactions get declined, and particularly don’t understand that they play a significant role in whether a transaction is approved or not. You should always send the best data possible (even if it’s a little more work) for each transaction request. If you have a call center, get the agent to ask for the billing address on file. It’s worth it, because it should ultimately lead to more sales.

Where a transaction is declined you should attempt to recapture it. Finally, if your business processes across borders and you are having a significant problem with declines, consider getting a local merchant account in the foreign country, which will improve your authorization count, and prevent customer complaints from occurring from cross border transaction fees. 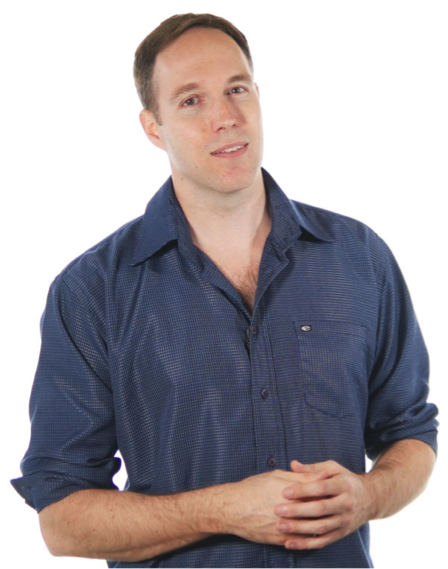 David Goodale is CEO at www.Merchant-Accounts.ca, and has been working in the e-commerce payments space for almost 20 years. His expertise is in the area of merchant accounts, payment processing, with a particular focus on international and multi-currency credit card payments.