When Central Bankers Take Credit for “Solving” Crises They Created 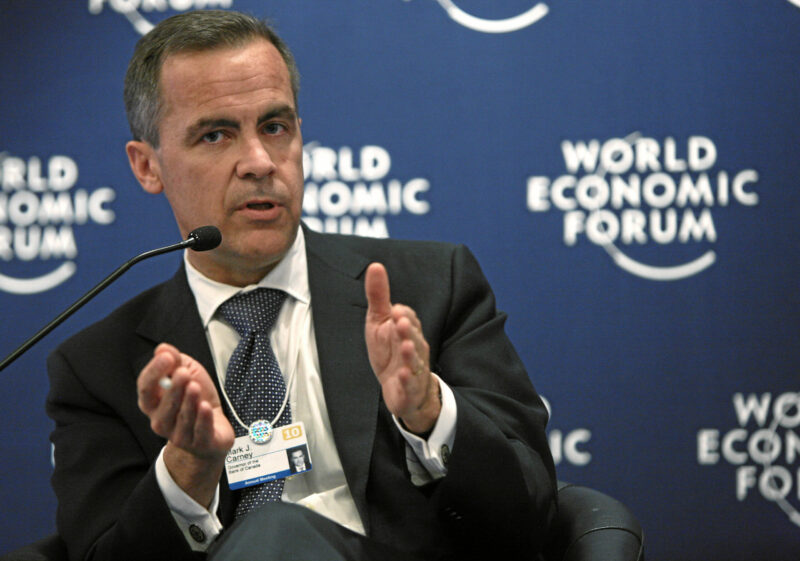 File under: “It is impossible to get a man to understand something when his livelihood depends on his not understanding it.”

This morning  I came across a Bob Murphy tweet replying to Mark Carney, the Canadian central banker and Davos darling:

This is why the Bank of Canada was created in the fall of 2008. https://t.co/Aj3dPBOwLC

It turned out the tweet he was responding to was the fourth in a 5-series tweetstorm, fittingly authored on April Fool’s day, extolling the virtues of central bank mangling of stewardship over the financial markets.

The series was extraordinarily devoid of self-awareness, taking a victory lap on behalf of central bankers and  The Saviour State.

Here are 5 lessons in crisis mgmt from my last few jobs. First, the mrkt can be wrong longer than you can stay solvent. Appeals to fundamental values in a panic fall on deaf ears. Not least because people find it tough to hear when they’re screaming. #values 1/5

The market certainly can “be wrong” longer than most participants can stay solvent.  Especially when “being wrong” means mind-bogglingly overvalued and being propped up by central bankers like Carney printing money out of thin air, holding interest rates to the floor and exacerbating wealth inequality.

Second, hope is not a strategy. Following the PM’s resignation the morning after the #Brexit vote, with the £ in free fall & mrkts under pressure, I was able to state simply, ‘We are well prepared for this.’ Once we backed that up with £250 bn, the mrkt stabilized. #values 2/5

Carney is right. Hoping that central bankers finally figure it out isn’t a strategy.

That’s is precisely why when the central bank induced asset bubble popped in the GFC of 2008, and central banks simply doubled down on the failed policies that created it in the first place, Bitcoin was born.

The slower moving gold hit two successive all-time-highs while the central bankers kept printing. And now with the Fed, the ECB, the BOE, BOJ and the BOC trapped with yield curve control as the only play left, everything else is screaming higher. Bang up job, guys.

Third, communicate clearly, frequently & honestly. You can’t spin your way out of a crisis. In the financial crisis, I knew we had to be straight with Canadians about both our strengths & weaknesses. If you don’t mention the latter, the former aren’t credible. #values 3/5

You may not be able to spin yourself out of a crisis. The only move is to print money.

Fourth, there are no libertarians in financial crises. The Lehman debacle exposed brutally the limits of mrkts & showed the system can’t be fixed in the middle of a crisis, esp. when a web of interconnections mean that the failure of one bank can pull down others. #values 4/5

This one was a case of the arsonist wanting a hero cookie for putting out the fire. I always like to refer to David A. Stockman’s “The Great Deformation” for an in depth analysis making the case that had we let the overleveraged banks go down, the result would have been a short, sharp financial crisis limited “to the canyons of Wall St”, and we’d have had a real recovery built on much sounder footing.

Had we done that, we may have not been so trapped when the COVID-19 pandemic hit. But instead, we’ve had to double and triple down yet again.

So tell me, when the inevitable crisis that is the product of the last several decades of central bank interventions hits, and it will, who will it be blamed on? Libertarians and free markets run wild? If that’s what you call the last 10 years, I’d hate to see what the likes of Carney think centrally planned, command economies look like.

Fifth, overwhelming force, which can only come from the state. Half-measures are futile. This is when public values of resilience, responsibility & solidarity come into their own. Taking tough action in the public interest was essential to restoring confidence. #values 5/5

Ah yes, The Saviour State. Where would we be without them? Not on lockdown? Not living in a world where that which is not expressly permitted is now forbidden?

…one tweeter followed up the famous Upton Sinclair quote:

“It is impossible to make a man understand something when his salary depends on him not understanding it”.