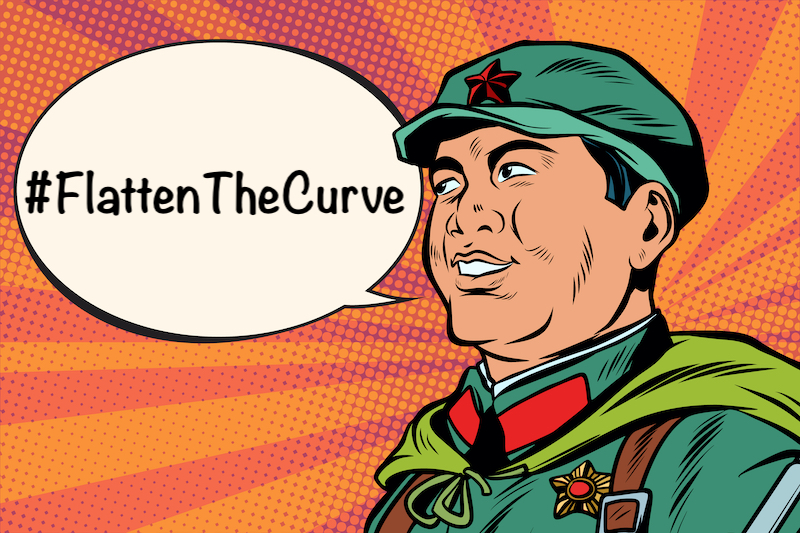 Now that we’ve had a few months to mourn the loss of our basic liberties, even if our overlords make a symbolic head-fake toward giving them back, one must realize the ramifications of what has happened and what it means going forward.

The key point to understand is that the precedent has been set. If the state can take away your freedom to assemble or otherwise control your movements or operate your business now, because of coronavirus, then they can do it again in the future for something else. For anything else. From here on in, every time the powers that be are spooked by what they see coming at them, like a sudden, catastrophic loss of credibility and relevance, they know they can just wrap up an emergency in hysteria and shut the world down again, and again, and again.

In the eyes of Big Government progressives and socialists, what has happened over the past few months isn’t an unmitigated disaster with no historical parallel, it’s an opportunity. It’s a chance to condition the populace to accept the tenets of central government control and the equitable reordering of other people’s lives:

Last month, an eternity in COVID-19 time, I indulged in some wishful thinking. I predicted that the virus would lead to a resurgence of progressivism, in which the U.S. moves away from militarism and predatory capitalism and toward a greener, more socialist style of governance. The system I have in mind would be fully democratic, unlike China, and it wouldn’t abolish capitalism, which even China has embraced. It would simply give more to those who need it and take more from those who don’t. I’d like to take a closer look at this possibility, which a bunch of pundits have explored.

Coronavirus today, Global Warming tomorrow. Then Climate Emergency after that. Every crisis will be presented as dwarfing the last one and anybody who disagrees or presents refuting data will be deplatformed as misinformation and dismissed as conspiracy nuts. But each one will move us toward the Holy Grail of progressivism, a government-knows-best technocracy that forces equality on everyone (else).

The New Normal is here to stay

For starters, it means we now live in a centrally planned economy, for reals. Over these last few years, with the unprecedented level of intervention in markets and interest rates, numerous prognosticators have warned that market signalling has been destroyed and we were headed for central planning. This would be a bad thing because every centrally planned economy throughout history has ended in ignominy and failure.

Well, make no mistake. We’re in one now. If the stock market goes down, central banks make them go back up via interest rate cuts and QE. If the bond market wobbles, the Fed starts buying bonds, even junk. Most of all, governments worldwide shut down the entire economy by decree, and only allowed businesses deemed to be “essential” to remain open and operate.

In order for a centrally planned economy to work, though, you need total control over the population and the ability to monitor every aspect of it. So we’ll see the war on cash intensify under the pretence that physical notes spread infections.

We’ll see China-style social credit systems under the guise of immunity passports and contact tracking which are already being discussed in past-tense as fait accompli.

At some point over a few short months the nation state and WHO response to a comparatively lightweight pandemic (in terms of case fatalities without underlying co-morbidity factors) has transitioned from being typically ham fisted and inept into operant conditioning of the masses in order to inculcate them into a state of learned helplessness.

Take everything you thought you believed about self-reliance, industriousness, thrift, personal responsibility, entrepreneurship or pulling yourself up by your bootstraps and flush it down the toilet. It’s all meaningless because now, the only thing that matters is what the government thinks about your business. Should it be permitted to operate? Do you have the green light to collect rent from your tenants on property you own? Or will you have to first comply with some social justice rental quotas, give your tenants an equity stakes in your properties first? That proposal has already been floated for landlords seeking emergency relief. It portends the type of egalitarian initiatives we’ll be inundated with under Democratic Socialism.

You thought it was hard enough to invest or make capital allocation decisions when all market signalling was broken? Try it when the only thing that matters is what is in the mind of The State.

This is central planning.

This is flatten the curve.

This is a five year plan, The Great Leap Forward and the New Green Deal.

And you can bet that when America finally buys into the delusion that Democratic Socialism can deliver them from the mess the current system made of things, this is just a foreshadowing of what it will look like. Only worse.

Even though the democratic socialists will no doubt pay lip service to free enterprise and small business (as in the opening quote from John Horgan), make no mistake, the ability of the state to rule by decree has been asserted by the government and ratified by the public.

If the situation during the lockdowns are any indication, small businesses will be squeezed out while big mega corps are granted quasi-monopolies.

Today it is deemed necessary to pick and choose who is “essential“. (SOHO hair salons, no, Costco, yes).

Tomorrow, the democratic socialists will be able to decide which businesses are bad for the environment, who perpetuates inequality or what is decadent and bourgeoisie.

It doesn’t matter what the rationalizations are or the language used to dress it up – the defining feature is The State will get to decide and everybody else will have to live with the consequences.

This will be the last phase of the final bankruptcy of institutional legitimacy that Charles Hugh Smith, Jesse Hirsh and myself have been discussing, in our mot recent #AxisOfEasy podcast “The Hanseatic League of Decentralized Crypto-States”. What happens after that is institutional breakdown and the rise of fragmented, autonomous zones that more resemble a Neal Stephenson novel Snowcrash, than the technocratic “rules-based order” the politicians aspire to now.

Local exchange currencies enjoy a revival as crypto assets, citizens 3D print their own guns, micro-businesses start sourcing their supply chains locally. There will be no reform of the system as we understand it today, it will be The Great Opt-Out.