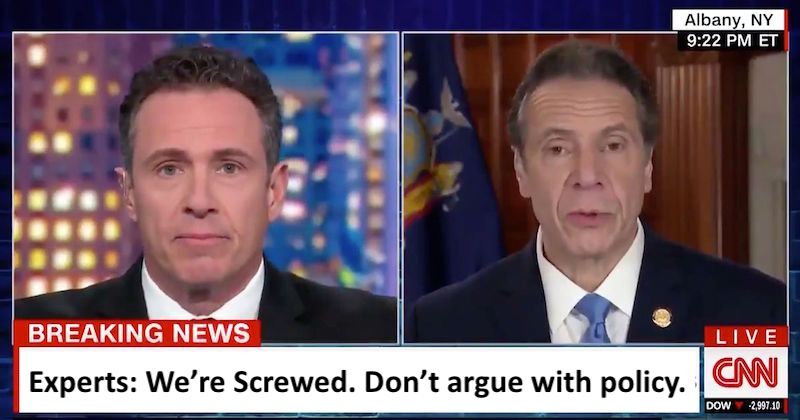 For a little over a year, before all this began, I setup a news alert filter for the words “experts say” in the headline. It’s provided a non-stop stream of puerile idiocy ever since. Once Coronavirus hit, the shreik-o-meter has been cranked to the level where I almost need to turn it off for my own sanity.

What it does do is vividly illustrate how the media frames events and how divorced from actual reality those narratives really are.

Today’s example is the bottom one in my latest alert, 23,000 Floridians projected to die from COVID-19 by February, experts say… 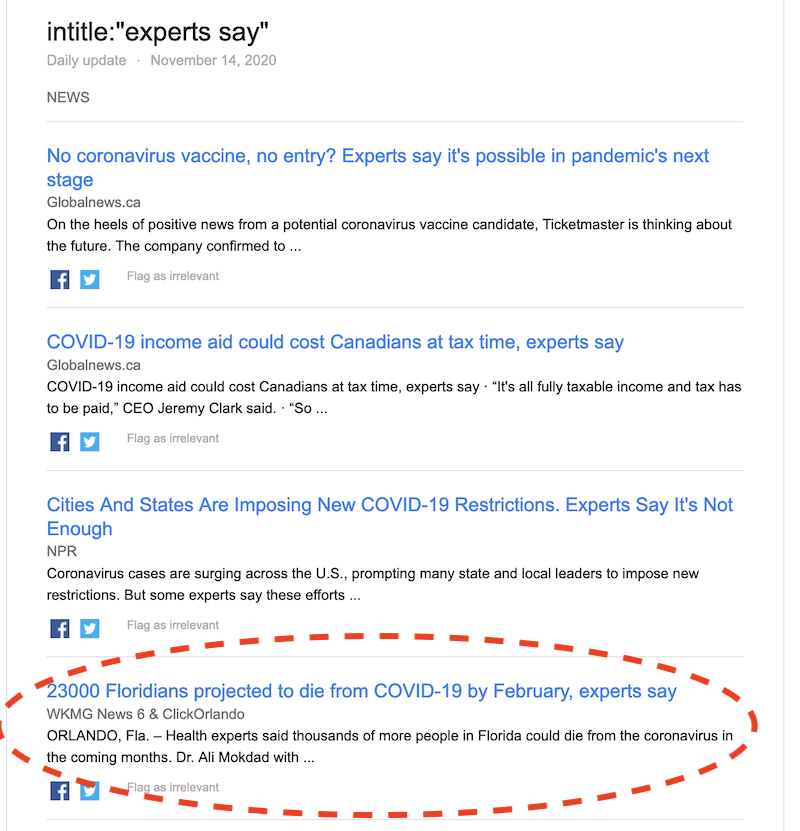 When I read that, it sounds like between now and February, 23,000 Floridians will die from Covid. When you click through to the link, the headline is changed from “by February” to “by March”, so let’s use March for our calculations and give it until the end of March, which is 137 days away. 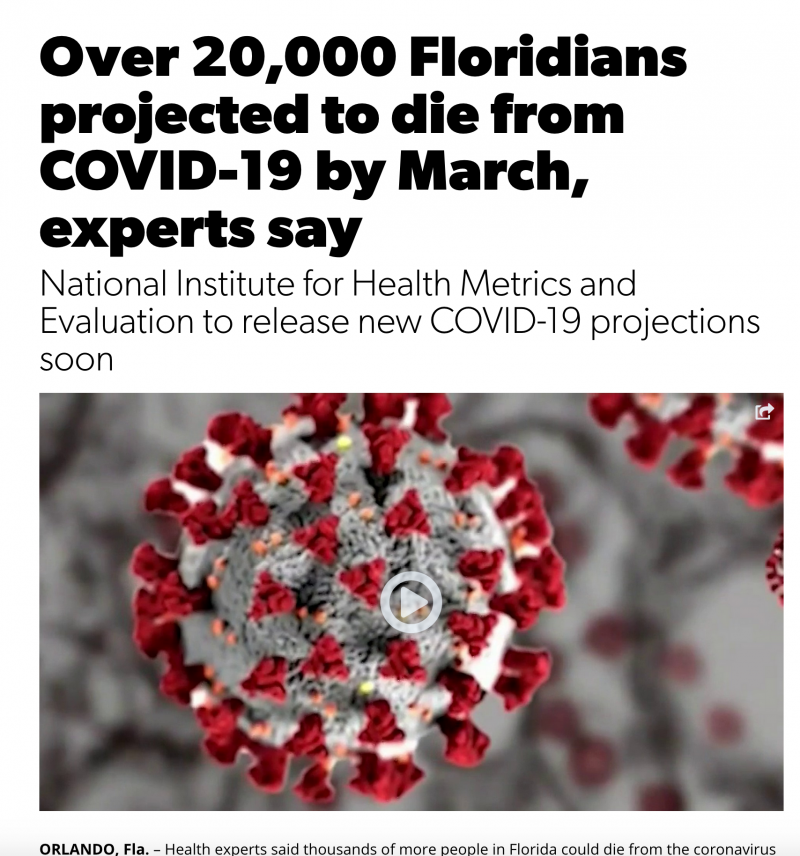 For 23,000 Floridian souls to die from Covid by March 31, it would mean 167.4 fatalities per day. When we pull up Florida COVID-19 stats, we see we’d a similar pattern that I reported on in the “Follow the science!” post, for the loudest, most hysterical prognostications to be fulfilled. Actual fatalities are in a pronounced downtrend, and to hit this number the data would have to blast off at a near vertical incline right now.

That’s how the headline reads to me. If what they really meant to say was “By February, the cumulative death toll from COVID-19 will be 23,000”, there are ways to convey that in a headline, like “COVID-19 Death toll to hit 23,000 by March, experts say”. It still sounds scary enough to draw in the clicks, especially if people don’t know that 17,445 Floridians have succumbed with COVID-19 already.

That means (carry the 1, ….) by the end of March, an additional 5,556 Floridians will die with COVID-19. That’s 40 per day, which is still higher than the current trend, even if you factor in that additional fatalities may very well be added onto the most recent 5 or 6 data points in a rolling fashion.

Also, notice how I keep writing that these fatalities, sad as they are, will die with COVID, not of it. We know already from both CDC and WHO data that co-morbidities are present in as many as 96% of all fatalities (even though I did say previously that I think the remaining 6% “death by COVID” number is higher than 6%).

All of which shows, when you look at the total deaths in a state like Florida, which looks like about 200,000/annually, across all causes (this is 2016 data here), approximately 547 Floridians pass on every day. Even if the headline read as seems (23K deaths between now and March), it would make for in increase in absolute fatality rate of about 20%, 1/5th. Which would be very bad, but not civilization ending catastrophic.

As it stands however, when you factor the 23K is the end of a cumulative series, we’re talking about a 0.07x increase (7%) in absolute death rate, and that’s if every single fatality is of COVID as opposed to with COVID.

So even there, the numbers are not as bad as the media makes them out to be. As I said before, all of this should be good news! So why are the major media outlets hysterically shrieking at us that our way of life is over forever instead of delivering the good news that we could be closer to the end of this thing than the beginning?

I’ll leave with a montage around Anthony Fauci telling Americans to basically shut up and do what they’re told.  Americans may prefer to tell him to Fauc-off instead.