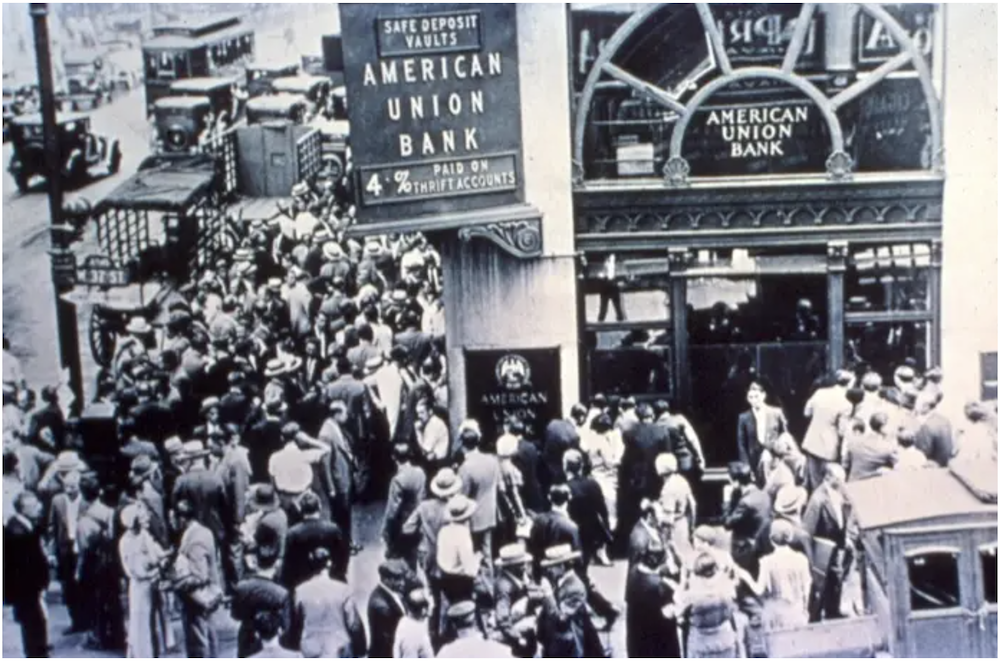 Just wait ’til you see your government’s bail-in rules

One of the subplots that made for a bad week in crypto included a largely manufactured crisis around “The Coinbase bankruptcy disclosure”.  After posting an earnings miss, the next shoe to drop was the discovery in the latest version of the Coinbase Terms of Service, the addition of text that included the following:

This verbiage became a big deal with every corporate media outlet dumping all over it. It trended on Twitter and quickly went viral, almost as if this was some sort of revelation.

It’s not. It’s basically the oldest adage in crypto, “not your keys, not your coins” spelled out in writing.

Do you really think if you’re holding your crypto on some exchange that suddenly becomes insolvent it’s going to make a difference if a paragraph to that effect appears in the ToS or not? Good thing Mt Gox or QuadrigaCX didn’t have that in their ToS otherwise everybody with assets in either exchange would have been really screwed, right?

You’re screwed no matter what. At least Coinbase is calling your attention to it.

Don’t hold your crypto on the exchange, any exchange, full stop. Even the largest crypto exchange CEOs will tell you that.

But if you’re one of those people for whom this is something to be up in arms about, I’ve got news for you:

Your governments have already laid claims to your savings

Remember back to 2013 with the Cyprus bail-in, which I always maintained was what put Bitcoin above $100 USD for the first time:

The Cypriots had a portion of their savings accounts confiscated to re-capitalize their failing banking system. In March 2013 Eurogroup president Jeroen Dijsselbloem told interviewers that Cyprus would serve as a template for future bank restructurings in the euro zone.

By April, the framework showed up in Canada, under then-Prime Minister Stephen Harper’s budget:

If you haven’t figured it out by now, “certain bank liabilities” are your savings.

The language was preserved in subsequent budgets, even after 2015 when Justin Trudeau came to power. His government made it permanent in 2018 with The Bank Recapitalization (Bail-in) Conversion Regulations.

This wasn’t unique to Canada.

In 2017 Australia did it with the Financial Sector Legislation Amendment (Crisis Resolution Powers and Other Measures) Bill:

“The TLAC standard builds on a significant body of international regulatory reform already undertaken by the Financial Stability Board to improve resolution frameworks for globally significant financial institutions. In particular, it builds on the Key Attributes which specifies that Financial Stability Board jurisdictions should have in place legally enforceable mechanisms to implement a ‘bail-in’. (emphasis in original)”

In the US, provisions for depositor bail-ins existed even before Cyprus, with the “Statutory Bail-Ins” provisions in the 2010 Dodd-Frank bill.

The fact is, if you’re living in any of the largest economies globally, then your country is party to a supra-national agreement on “flexible bank bail-in bonds” put in place at the G-20 Brisbane Summit in 2014.

So while you have the ability to choose not to do business with Coinbase (or better, properly custody your digital assets), your country has already granted itself the same ability to bail-in your fiat savings a long time ago, and it isn’t voluntary.

It’s the one issue that is completely bipartisan and duly ossified into the law of the land. From loose canon populists to far-left Marxist ideologues,  nobody within the corridors or power is talking about getting rid of the government’s authority to confiscate your savings in order to recapitalize a failing banking system. When this thing blows up subject to the inexorable outcome of their own failed policies and under its own warped incentives, there won’t be any quibbling over it, it’s the law.

Given the behaviour of  governments just this year alone, where

First, we’re in an age where your assets and savings are considered fair game for everybody else, either as guilt-by-association with somebody else’s political ideology, or as retaliation for government actions you had no involvement with.

Second,  seen from this perspective, it’s either ironic or (more likely) disingenuous that the corporate media is feigning shock over Coinbase.

Holding a portion of your wealth in Bitcoin and properly custodying it solves both problems.

Today’s post was an excerpt from the The Crypto-Capitalist Mid-Month Portfolio Review, were we cover the global  transition to decentralization, the inevitability of hyper-Bitcoinization with a tactical focus on publicly traded crypto stocks: currently one of the fattest pitches in value investing going.