Big Tech are supposed to be the plumbers, not patricians of internet discourse

“Whoever practices this prophylaxis will experience the pleasure, not from time to time to lose every third or fourth patient from puerperal fever, but perhaps lose only one in four hundred”

— Ignaz Semmelweis, 1860, trying to convince the medical profession that hand disinfection before conducting medical procedures would save lives

My friend Doug McKenty, who does The Shift podcast was just suspended by Mailchimp. He’s been getting more vocal about what he calls healthcare freedom (read: vaccine passports), and something about that coloured outside the lines.

Mailchimp, an email list provider, is known for doing this. You effectively pay Mailchimp to curate what you can or cannot say to your own email subscribers.  You’re using their mailservers, and in their mind that’s what gives them the right and the moral authority to monitor the content of your communications to your own audience.

In my book Unassailable: Protect Yourself From Deplatform Attacks, Cancel Culture and other Online Disasters (the e-book version has been available for free for some time now) I devote an entire chapter to the machinations of the Big Tech and how they overstep the bounds of rationality when it comes to deciding what is within their purview and what isn’t, or shouldn’t be.

No tech company should be enforcing their Terms of Service based on what they think their users have done or might do outside of their own platforms. Yet Twitter, Facebook, Patreon and who knows who else do that.

A mailer company like Mailchimp has no business even parsing the content of their paying clients, let alone summarily judging whether it is misinformation or not. Mail providers should care about two things and two things only:

That’s it. Beyond that it really isn’t their business and it’s the height of grandiosity and hubris to think that it is.

Patreon’s CEO Jack Conte describes how their Trust and Safety Team remove all subjective elements from the decision to demonetize somebody’s content by evaluating them based on “Manifest Observable Behaviour”:

“Manifest observable behavior is to remove personal values and beliefs when the team is reviewing content. It’s a review method that’s entirely based on observable facts: what has a camera seen, what has an audio device recorded. It doesn’t matter what your intentions are, your motivations, who you are, your identity, your ideology. The trust and safety team only looks at Manifest Observable Behaviour. We get rigorous and specific because we’re talking about removing a person’s income. The authority to take away a human being’s income is a sobering responsibility. It is not something to be done on a whim.”

What does this process resemble? It actually sounds a lot like a legal proceeding, albeit one that’s entirely one-sided, devoid of any semblance of due process or legal protection under the law, and probably carried out by teams of purple-haired Millennials with nose hoops and personal pronoun mood-rings.

When tech companies take it upon themselves to arbitrate what is or isn’t misinformation, or taking action based on events that occur outside of their own platforms what they are doing, at its core, is adjudicating international law. Do you really want your domain registrar or your web host doing that?

“Fact Checks” are another entirely subjective catch phrase dolled up to look like objective truth. These days a fact check is more likely to be a logical fallacy and the reality is, most people don’t even know what logical fallacies are.

When the Associated Press “fact checked” US Senate testimony on the efficacy of Ivermectin claiming “there is no evidence that Ivermectin is a ‘miracle drug’ against COVID” and they labeled it false, they committed a logical fallacy called “appeal to ignorance” (absence of evidence is not evidence of absence).

The vast majority of all media narrative around COVID-19, on masks, lockdowns, Ivermectin, HCQ and yes, vaccines, can be categorized into five logical fallacies: 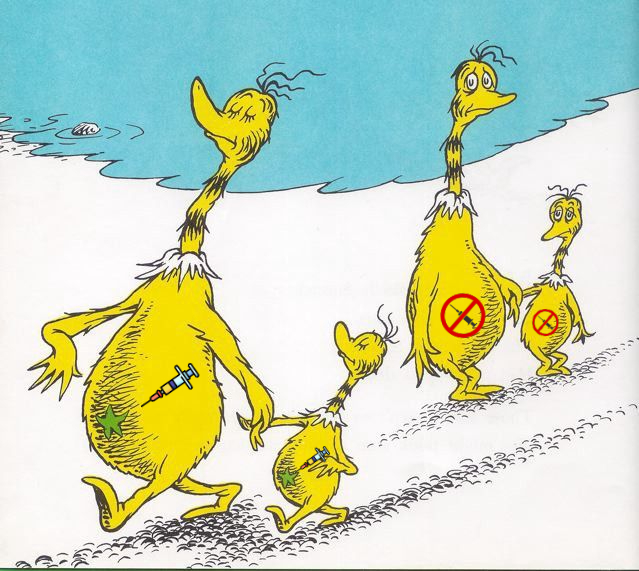 There are those that believe there is no subjectivity involved in any of this. They think, as Jack Conte does, that there are standalone objective truths, like Manifest Observable Behaviour. Realms where nuance, uncertainty and conflicting data are banished. All right thinking people grok The Truth and only wrong thinking people dispute it.

You’re struggling to understand why some people are vaccine hesitant. The “let me help you” megathread:

Imagine you’re a normal person. The year is 2016. Rightly or wrongly, you believe most of what you see in the media.

It lays out the case, fairly cogently, why the general public may just simply be confused, distrustful and hesitant as opposed to being morally reprobate monsters. Further, it enumerates, in painstaking detail, multiple pillars of official canon which turned out to be, misinformation, for lack of a better word (unless that word is “lies”).

We see Fauci removing his mask the moment the cameras stop rolling. We see AOC sitting amongst a fairly close knit crowd put one on for the express purpose of a photo op and then take it off again. But if you send an email to your own subscribers via Mailchimp wondering out loud if masks are nothing more than performative theatre, you’ll get shut down.

How does any of this establish the credibility and public trust required to mobilize that last 20% to 30% needed to (purportedly) achieve herd immunity? It doesn’t.

From WMD in Iraq being a “slum dunk” through “Subprime is Contained” to “Tapering will be like watching paint dry”, anybody who has actually been keeping track of the expert authorities track records over the past 20 years has legitimate reason to believe that experts don’t know anything. At least nothing of predictive value.

Another chapter in my book asks the question ‘Does Deplatforming Even Work?’ Short answer is: it doesn’t. Over the long haul suppression of material amplifies it. If you want fewer unhinged conspiracy theories circulating about COVID, stop deplatforming anybody who isn’t mindlessly parroting Fauci.

What is really needed is a society-wide crash course in critical thinking, and not to be incessantly hectored and told what not to think. The Davos crew, the entrenched elites of late stage globalism think we’re headed toward a world managed by expert technocrats. But they haven’t exactly put up a string of successes and this approach to public policy has arguably failed its most important test.

We’re headed toward a decentralized world governed by consensus as expressed through open source protocols and smart contracts. The battle is not about left vs right, conservative vs liberal where either side would have you believe that content cleanly bisects into Truth and Misinformation. The defining tension of the next 20 years will between decentralization vs bureaucracy, platforms vs protocols and nation states vs networks.

Circling back to Doug McKenty, who asked me where to move his email, I gave him the name of a couple of other providers whom we’ve seen take a more hands-off approach. The ultimate solution, for those with the technical ability to do so is what we ended up doing after Klaviyo suspended our account because we sent an issue of #AxisOfEasy that contained the word “bitcoin”. That was to simply set up a VPS with the open source mailer CRM Mautic installed. Now we run our own “Mailchimp” so to speak, without having to worry about being moderated.

As for the opening quote of today’s piece? Semmelweis lived a tragic life. The battle to convince the medical establishment of his day that washing ones hands  after performing an autopsy and before delivering a baby would prevent the spread of  “cadaverous particles” from corpses to mothers and newborns was seen as delusional. Surely AP would have “fact checked” it as false. Politifact would have rated it “pants on fire”. After all, that there was no such thing as germs was settled science.

The stress of the scorn and demonization took a lot out of Semmelweis. He apparently aged the equivalent of decades in just three years since he commenced his writing campaign in 1857 promoting his theories until the publication of his Aetiology in 1860. 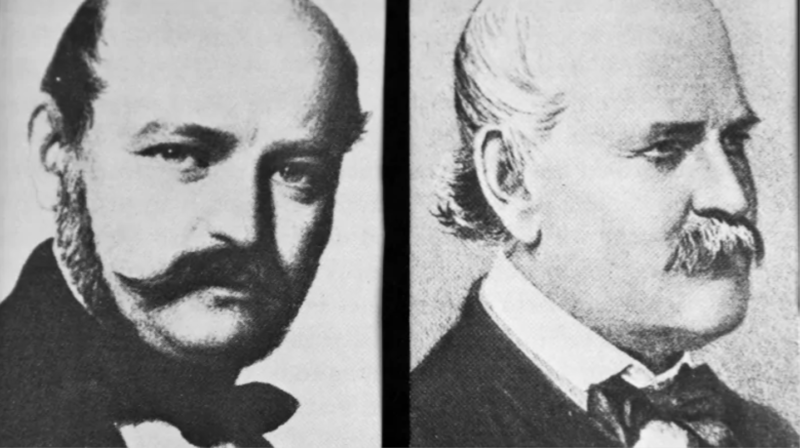 He died alone and in ignominy, having been committed to a mental institution by his medical peers.

https://bombthrower.com/wp-content/uploads/2019/03/shutterstock_1030471843-e1551983495127-1.jpg E. Jeftovic is the CEO of the Toronto-based web services company easyDNS. To receive future posts in your mailbox join the free Bombthrower mailing list. To get premium research on companies and stocks that are poised to win big as crypto continues its ascent, try our Crypto Capitalist Portfolio trial offer.