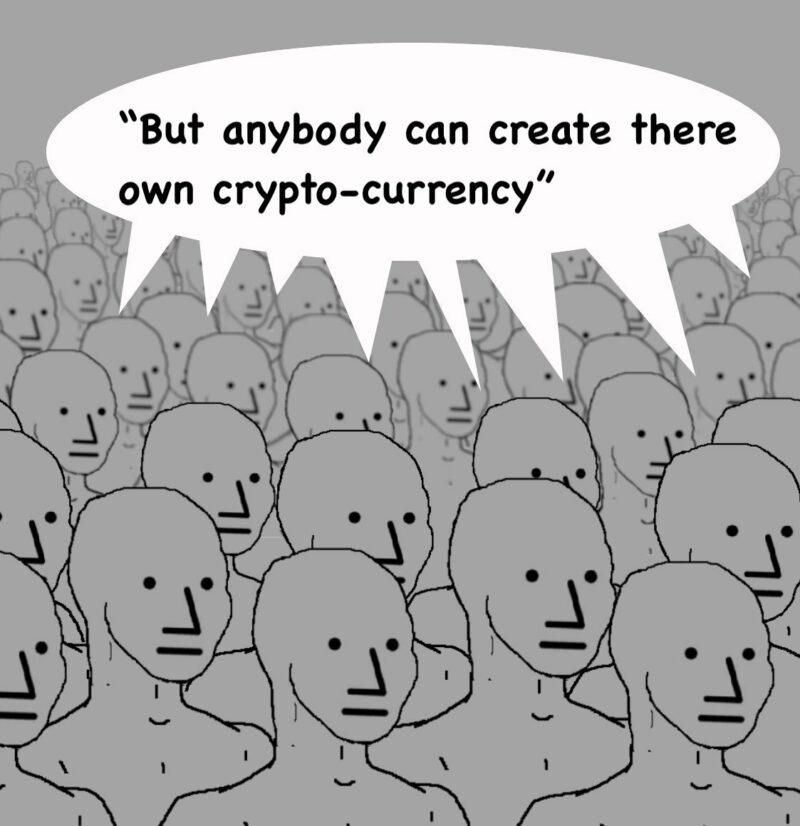 “If anyone can do it, then no one should”

It’s always some combination of amusement and frustration when you hear the incessant admonition of crypto-skeptics (crypto-denialists?) who think they’re being original when they come up with this version of FUD (Fear-Uncertainty-Doubt):

“Bitcoin is not a limited supply because people can create an infinite number of crypto currencies! Check mate, crypto-cucks”

This is the “Without government, who will build the roads?” argument of decentralization and crypto. When my last post ran on Zerohedge, the comment section had a lot of this:

Whenever somebody says that, my reaction is always “What’s your point?”.

With free open source software and a commodity VPS, anybody can build their own search engine for next to nothing. Does that mean Google is worthless?

Anybody can plug WooCommerce into a WordPress site, so Amazon and Shopify are ultimately zeros then?

Anybody can start a band, write a book, launch a website, a podcast or a blog, and it doesn’t make every successful instance of these pointless because they are open to potentially infinite competitors and imitators. In fact, every knock-off, every me-too, every jump onto the bandwagon that ultimately fails actually validates the incumbents that continue to succeed. So bring on the shitcoins.

Then every challenger that actually gains some traction or carves out a niche validates the entire space. So bring on Cardano, Solana, Polygon, Polka Dot. Bring on Helium and Hashgraph. Bring on Litecoin. Syscoin even.  Bring.It.On.  “Let a thousand flowers bloom”.

What people are actually saying when they use the “anybody can do it” argument, is that they worship at the alter of monopoly and they’re too immersed in their own mediocrity to realize that the first monetary revolution in 500 years is taking place around them and in their own lives. They are cavemen, huddling cold in darkness saying “Bah! Fire. It’s not real. You can’t even touch it and it’s not even scarce! You can set fire to nearly anything.” 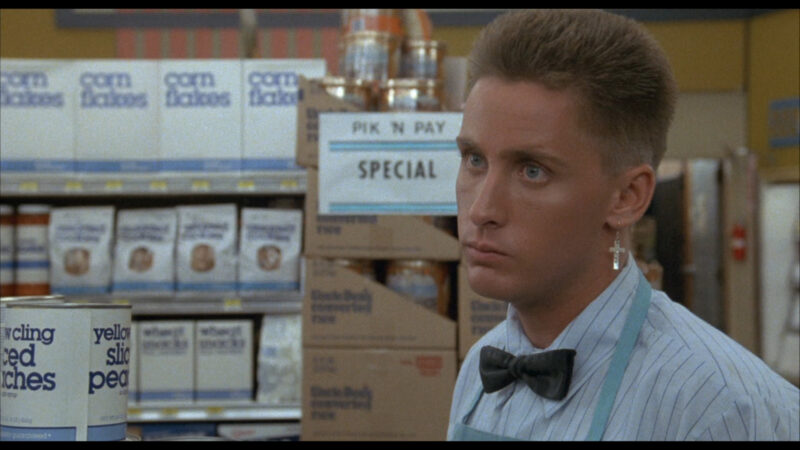 It’s such a one dimensional / defeatist objection that it can only be made by those who have lost the plot on what makes capitalism so successful. And that is, in a word: competition.

They don’t understand that their argument, taken to its logical conclusion means either:

A) everything is worthless because anybody else can do  anything that’s already been done, or,

B) there should only be one version of everything. This probably appeals to the “equality of outcome” Marxist zombies.

If you can do any of these things, including going out and creating a crypto currency, then great. The big question is this: Can you create a more successful one? If you really think you can, then you should go do it, right now.

What people don’t understand about all this is that we’re seeing the emergence of a new monetary protocol. This is TCP/IP for value. TCP/IP emerged under its own steam from among many possible options, and as investors, we’re always trying to make sense of which emerging protocol stack will be the victor, and which companies are on the right side of that. In our Crypto Capitalist portfolio, we try to own the companies that are doing exactly this.

The entire point with crypto is that the structural flaw with the monetary system is because it’s a monopoly. One that is governed by unaccountable central bankers and technocrats with interests antagonistic to the wider population. Only in a monetary monopoly could it possible to so rig the game this way. It not only robs the citizenry, leaches their purchasing power and perpetuates ever-widening wealth inequality, it even brainwashes the victims into believing there is no other possible monetary system.

That’s the problem with centralization today. In money, media and governance. People have blinders on that has them believing that the dominant systems are the only ones that have legitimacy, that authority and imperatives must flow from the top down and that competition to those systems is somehow immoral or out-of-bounds.

But the decentralization revolution doesn’t care about any of that. It’s happening right in front of our very eyes and it’s playing out in realtime. Communications systems yesterday. Economic systems now. Governance systems next.

Where we’re headed, you want anybody to be able to create a currency system, form an alternative governance structure, launch a business, write alternative viewpoints and to find and present non-conforming data.

Without competition we wind up with a rigid, authoritarian monoculture.

Without monetary competition we wind up with ZIRP/NIRP, trillion dollar deficits, targeted theft (a.k.a inflation)  and inevitably, China-style social credit.