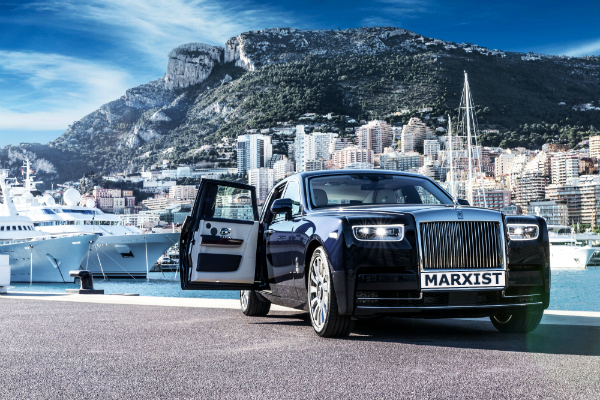 “Want to be rich? Start a good business.
Want to be really  rich? Become a socialist.”
— Unknown.

There is no shortage of empirical data that socialism fails every time it has been tried, and leaves the largest body count in it’s wake. Dr. Kristian Niemtietz’s “Socialism: The Failed Idea that Never Dies” documents the three distinct stages socialism goes through

Niemietz documents each occurrence of socialism in the 20th century in his book to show that central planning and redistribution simply do not work.

Then there’s the Black Book of Communism, which tallies up the body count of the socialist regimes of the 20th century (over 100 million souls).

So it’s curious, why are our intellectual, cultural and sundry political and economic elites decrying capitalism and promulgating socialism as a cure for societies perceived ills?

The answer, I think, is because socialism isn’t actually meant to succeed economically. It’s successful if it keeps the population under control, and the elites in charge.

A Strange Manuscript Found in a Copper Cylinder

We have a clue, albeit an allegorical one, in a literary reference from the 1888 novel “A Strange Manuscript Found in a Copper Cylinder” by Canadian James De Mille.

This is an adventure story in the genre of “Lost Horizons” or Jules Verne, where a group of passengers on a trans-Atlantic voyage recover “a strange manuscript in a copper cylinder”. The contents contain the tale of Adam More, a British sailor presumed lost at sea in a whaling expedition decades earlier.

His account is fantastical: he and his companion were separated from their ship after going ashore somewhere southwards of Desolation Island. They continued drifting south, past a string of volcanic islands and end up, as the narrators reading his account surmise, somewhere on the Antarctic continent. There they encounter a truly bizarre civilization.

After traversing the outer-fringes of this unknown land, populated by savages, who turn out to be the vanguard of an advanced civilization located further within the continent’s interior, Adam More (his companion unfortunately didn’t make it, having been ritually cannibilized by the natives) finds himself taken in and cared for by the Kosekin. An affable race of kind, cultured people but who are strangely averse to sunlight, and, as Adam learns more about these people, are possessed by an inexplicably deep rooted inversion of More’s traditional British values:

The Kosekin revere poverty, and they disdain wealth.

Their “highest” social class are those that live in extreme, subsistence poverty. In fact those savages they passed on the outskirts of the land were considered their highest, elite class.

They recoil from requited love. When two people discover they love each other, they separate as fast as possible in order to bestow the blessing of loss on one another.

Above all, they value death. The entire civilization is, in fact, a death cult.

Soon, Adam More meets his love interest amongst the society, Almah, another foreign born woman who holds some sort of ceremonial hostage role amongst the Kosekin. Almah shares the same values as More and is as perplexed as he by the curious inversion of this society. Together they mournfully face the realization of their impending fate (I’ll leave it to the reader to delve in if interested).

The bigger picture of Strange Manuscript for our purposes here, is that the so-called “lowest” rung of society, are what we would call “the wealthy” in our own. They endure terrible hardship for the benefit of the larger populace: palaces, servants, unimaginable riches. These unfortunates soak up the prosperity from all above them, so that all higher classes can bask in the glory of poverty and squalor.

Eventually Adam More and Almah are granted an audience to meet the top rulers of this society, and the truth emerges: like More, they too love life, fear death, and they think prosperity and riches are vastly superior to poverty. Imagine that.

Only these rulers knew the truth, but they had at their feet an entire society who was so indoctrinated with their perversely inverted zeitgeist that they had no challengers to their power and wealth, they ruled absolute, and controlled all the wealth in the land.

I haven’t been able to find much biographical material on De Mille beyond his entry in Woke-epedia so I don’t know that he wrote his novel as a parable of world socialism. But I first read this when I was a teenager who didn’t pay a lot of attention to history or geopolitics and even then remember thinking to myself “this sounds like a metaphor for the USSR”. That was around the time Leonid Brezhnev was General Secretary of the Communist Party. Brezhnev loved luxury sports cars and he collected BMWs. He liked to race them through the streets near his dacha (that’s Russian for “villa”) in the Crimea.

It could be that fascism, that other totalitarian ideology which is well outside today’s Overton Window had in its secret sauce, identitarianism and nationalism. As long as you had “the other” to blame for your problems you could convince the population to accept brutal suppression of their individual rights.

Socialism, however unsuccessful, is quizzically normalized today. Politicians can even run for office proudly proclaiming their socialist ideologies and somehow it doesn’t make them untouchable and get them lumped in with their authoritarian brethren. It’s fashionable to be socialist again. It will never be acceptable, let alone hip, to be a fascist. (One down, one to go)

The secret sauce to make socialism palatable is what British documentarian Adam Curtis called “Hypernormalization”. To bastardize Voltaire’s famous quote, hypernormalization is the art of making the masses believe absurdities, so that their rulers can commit atrocities.

To be clear, Curtis believes that hypernormalization is a “fake world” created by corporations and maintained by politicians. I think the fake world was created by those in power, the State establishment, with complicity by certain factions within the corporate world and pretty well the entire mainstream media. It doesn’t really matter, it’s a chicken / egg scenario. What’s important to understand is that there is a an established cadre of those who wield power that straddles the State, the military, the media and corporatocracy.

All the absurdities we are expected to believe today, from the idea that the Kremlin is behind any outcome that hasn’t gone according to plan, to the world will literally end if we don’t reengineer society into a top-down control structure, within (pick one) 12 years, 10 years, 1 year or (perhaps the most telling one) “before the next election”.

This is what we’re up against. If humanity doesn’t transition off fossil fuels (before the next election) the earth will heat to unsafe levels and there will be climate catastrophe. https://t.co/stutip23IY

Anybody who tries to debate these narratives, to present counterfactuals or alternative theories is fallaciously dismissed as one manner or another of “denialist”, “*phobic”, “hateful” or the catch all “racist”.

These hypernormal themes are narratives, they are not news. Yet they are incessantly repeated by corporate media and Hollywood, with guaranteed delivery of approved messaging by Silicon Valley tech giants, who also provide for concomitant attenuation of non-conforming data. It’s an effective simpatico for coordinating widespread indoctrination so that eventually we will wind up with a population clinging fervently to a completely inverted system of values:

Capitalism is evil, and Socialism is great.

Then, we become as the Kosekin. We are not there yet, but we see messaging designed to float trial balloons and soften us up for this two tier society. The majority underclass will have to forgo certain extravagances, and in this incarnation, it’s not to emancipate the proletariat, but to somehow centrally manage the climate of an entire planet.

The elites who recently convened at a conference on global warming via super-yachts and 114 private jets (for 300 attendees) grapple with these issues. Who knows what kind of sacrifices everybody else will have to make. Even air travel and cars may have to come off the table at some point. 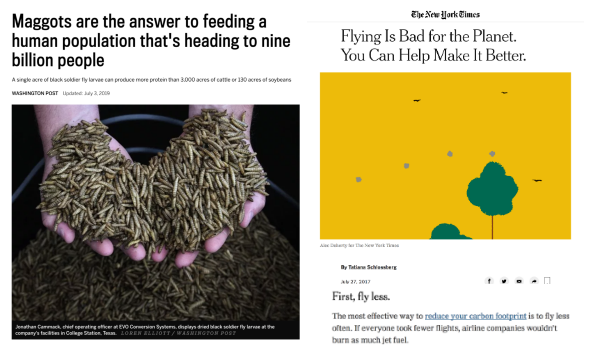 For example, quite suddenly lately, we’ve been hearing that meat consumption will have to come down, that’s the word from on high. The best way to feed the masses in an eco-friendly way will be to steer them toward maggots and soy patties. My guess is those items will be absent from the menu at future Davos events. (Although that Twitter thread I just linked to is very illuminating about who will benefit from convincing the population to move from meat to maggots).

The way things are going now, the masses will be fine with all of this. Socialism is poised to be the overall control structure for 21st century, and it will bear an uncanny resemblance to the society depicted in A Strange Manuscript found in a Copper Cylinder: a nihilistic anti-human death cult that abhors prosperity and leaves a small cadre of elites at the pinnacle of society to languish in opulence. 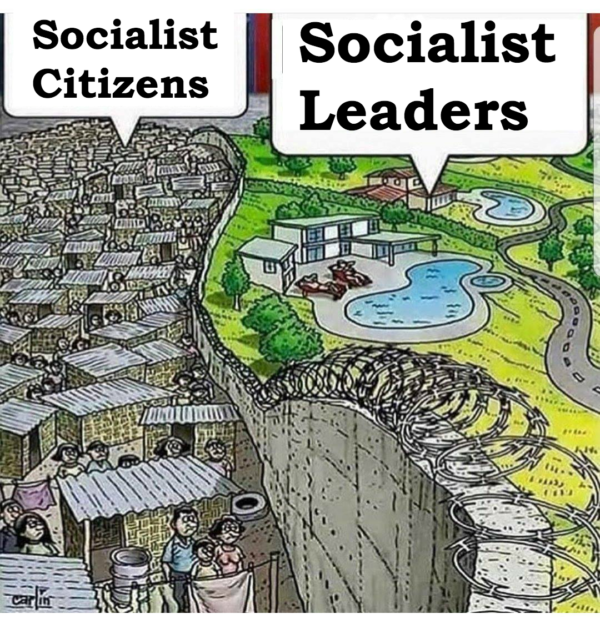